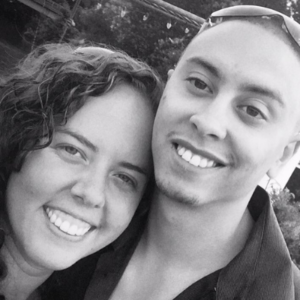 In Mike’s early years, his passions revolved around women, drugs, drinking, and money. Like many young men with no consistent father figure in their lives and limited access to positive role models, Mike turned to the streets to shape his identity. He was steeped in the fast life and aspired to becoming a rap superstar. Mike’s music career began to take off and before long, he had multi-million-dollar record deals at his fingertips. But despite the chance for money and fame, Mike couldn’t deny the steady pull on his heart away from his irreverent lifestyle. His stirring for something different began in his late teens with simple talks about Jesus with his grandmother.

Mike eventually made a firm decision to pursue the path that God had for him, not knowing what was ahead, but certain he had made the right choice. He spent the next several years under the tutelage and leadership of Ron Haynes, a St. Louis-based street evangelist who ran Project STL. With Ron’s guidance, Mike learned keys to successful evangelism and the sacrifice it takes to truly serve others at all costs.

Today, “Paztuh Mike” uses his musical talents for the Kingdom of God, performing and sharing his testimony of change at schools and churches. He is also the Founder of Men Standing Positive, a nonprofit organization designed to meet the spiritual and physical needs of men, women, and children of all ages in low-income urban communities. The group offers numerous evangelistic outreaches in St. Louis City, St. Louis Metro Illinois and beyond, including conferences, block parties, school venues, evangelism training, and door-to-door street outreach. In addition, MSP also has a Mentor Program to meet people’s practical, day-to-day needs. These programs include, but aren’t limited to rehabilitation, counseling, spiritual development, job training, and support for domestic violence victims.

After meeting at a Men Standing Positive outreach in 2011 and getting married in 2017, Paztuh Mike and his wife, Anna, work side-by-side, with a great staff and invaluable volunteers, to fulfill the mission and vision of MSP. They consider it a privilege to oversee the organization and to share one common goal. Plus, they have fun working with each other. Paztuh Mike and Anna look forward to all that’s ahead for them and for MSP because they know they’re in it together.